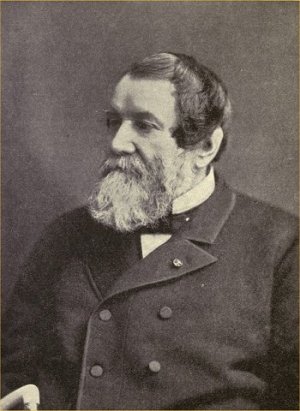 Cyrus McCormick (SIGH rus - mac COR mik) grew up on a farm in Virginia. His goal was to earn a million dollars. In 1833 that was a lot of money. The average worker only earned a nickel an hour. Twenty-six years later, he had earned a million dollars. He had also changed the way people farmed, with his wheat harvester called the reaper. Cyrus and his wife were very generous, sharing their money with people who needed help.

He had invented the reaper when he was only 22 years old. His father had tried for 15 years to invent a harvester, but had not been able to build one successfully. He had made a lot of mistakes, but young Cyrus learned from his father's mistakes. If a strand of wheat got tangled in the machine, he would get down on his hands and knees to look, until he found out exactly why it had tangled. He asked his father if he could take over working on the invention. His father gave his permission, but thought it was hopeless.

In just 2 months he was able to make a harvester. Some said it looked like a combination of a flying machine, a wheelbarrow, and a carriage.* When he tested it, he could harvest an acre an hour. (Remember, the old by-hand speed was one to three acres a day.) 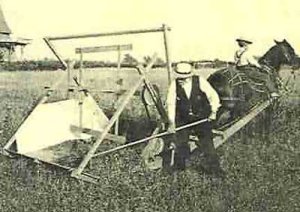 He invited farmers to come and watch him work. They thought it was just entertainment.* They would watch him harvest, and then they would go home and use their old hand scythes. They would say things like, "I'm running a farm, not a circus."

Cyrus decided he would get some of the successful farmers to test his reaper. Maybe they would talk the other farmers into buying a reaper of their own. He just could not interest them, so he decided to work on it some more so it would work even better. He put a blade on it which would chop the wheat off cleanly.

In 1843, another man, who was also making a reaper, challenged him to a contest. They would see who could cut the most wheat. On the day of the contest, it rained. The other man's reaper jammed and wouldn't cut, but McCormick had designed his to cut in damp weather.

His company became the International Harvester Company in 1902.

At the time of his death in 1884, enough grain was shipped from Chicago to bake 10 billion loaves of bread a year, thanks to McCormick's invention. 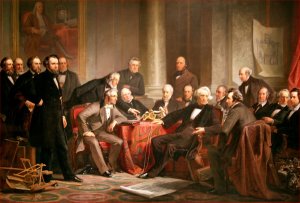 scythe
Pronunciation: 'sI[th]
Function: noun
a tool that has a curved blade on a long curved handle
and is used for mowing grass or grain by hand ...

Early reaper and scythe
at Wikipedia


This video shows how they harvested grain in the old days.

The 100 Greatest Inventions Of All Time: A Ranking Past and Present
by Tom Philbin (selected pages) Order here