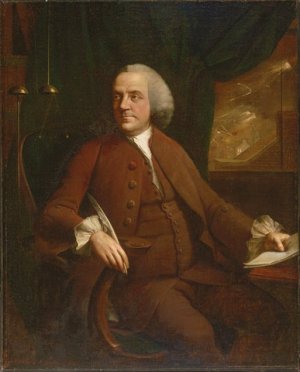 Benjamin Franklin was born into a large family. He was the 15th child of seventeen children in the family. His father, Josiah, was a candlemaker. Benjamin helped him make candles and soap.

His father wanted him to take over the family business when he grew up, but he wasn't interested. To help Ben decide on a career, Josiah took him on long walks around Boston so he could observe men doing the work of their trade. Benjamin learned how to do many things during these excursions,* but he didn't want to pursue any of the trades.

When Ben was twelve years old his father apprenticed* him to his older brother James, who was a printer. Ben had to sign "articles of indenture* "; a contract that bound him to work for James for nine years until he was 21 years old! He worked twelve hours a day in the printing shop, but still found time to educate himself. Though he only had two years of formal schooling, he taught himself foreign languages and read books on grammar, science, and math.

Ben wrote letters to the editor of the newspaper (his brother), and signed them "Silence Dogood". People enjoyed reading the letters, but James became angry and stopped printing them when he found out his younger brother had been writing them and signing a fictitious* name.

James got into trouble and was imprisoned. He was told he could no longer publish the newspaper. He decided he would have Ben publish the paper for him (even though it was illegal because Ben was his appretice). He told Ben he would tear up his contract if he would publish the newspaper while he was in prison. So Ben published the paper. Later James tried to hold him to the original "articles of indenture", but he failed because the authorities would find out he had illegally put Ben in charge of the paper. So James could not write a new contract binding Ben to him. The two brothers fought constantly.

Finally Ben ran away and went to Philadelphia. He started his own successful printing business and published a newspaper, The Pennsylvania Gazette, for many years. He is most famous for "Poor Richard's Almanack" which he published for 25 years. People frequently quote from his sayings such things as, "Early to bed and early to rise makes a man healthy, wealthy, and wise"and "A penny saved is a penny earned". Ben followed this rule all his life and accomplished more than most men of his time.

He was able to get the cooperation of people by giving credit for ideas to others rather than taking the credit himself. He started the Junto club where people could come together to exchange ideas. As a result of these meetings he started the first library in America, the first volunteer fire department in Philadelphia, and the first hospital in Pennsylvania.

They appointed him postmaster and he created a working postal system. He even created the "Dead Letter Office".

He invented bifocal glasses so he would not have to switch glasses when looking at things far away and close up.He invented the lightning rod to protect people's homes from being destroyed by lightning. 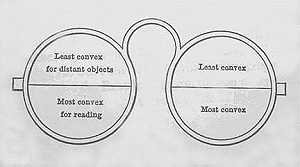 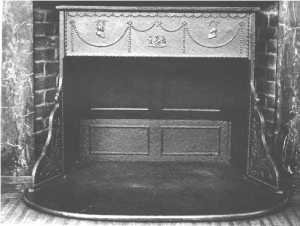 He proved that lightning and electricity are the same thing using a kite, string, and key in a thunderstorm. His experiments earned him fame. He was also awarded honorary degrees from Harvard and Yale even though he lacked formal schooling.

He made studies of the Gulf Stream while on voyages across the Atlantic Ocean. He started the University of Pennsylvania.

He served as a diplomat* to France and spent about 10 years away from his family to further the cause of American independence. The people of France loved him dearly and honored him in many ways.

He helped to write the Declaration of Independence and the Constitution of the United States.

He also worked to put an end to slavery in America long before others took up the cause.

Some say when he died in 1790 the whole civilized world went into mourning. 20,000 people honored him at his funeral in Philadelphia.

People still visit his grave today and throw pennies on his headstone. Every year $6,000 worth of pennies are collected and given in his honor to help the poor.

This biography by Patsy Stevens, a retired teacher, was written in 2005.
Take the online test

Other Activities
View a slideshow about Benjamin Franklin

apprentice
Pronunciation: ə-'prent-əs
Function: noun
a person who is learning a trade or art by experience under a skilled worker

indenture
Pronunciation: in-'den-chər
Function: noun
a contract by which one person is made to work for another for a stated period

diplomat
Pronunciation: 'dip-lə-"mat
Function: noun
a person employed or skilled in diplomacy
( diplomacy: the work of keeping up relations
between the governments of different countries)

A Quick Biography of Benjamin Franklin
from U.S. History.org

A Story About Kites
The Lincoln Readers Book 4

At biography.com search for Benjamin Franklin.
Scroll the panel for the "Video & Audio Results".

Benjamin Franklin: The Man Who Could Do Just About Anything
by Sneed B. Collard (selected pages)