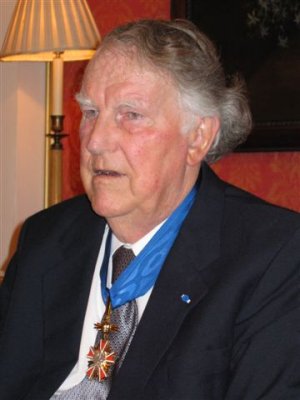 Edmund Hillary was born in Auckland, New Zealand and grew up in a small town south of Auckland. His father was a newspaper publisher and a beekeeper. His parents were strict with their children and instilled in them a sense of right and wrong. He learned from them to care for other people. He was brought up to "think about the starving millions in Asia", and in later life he found a way to make a difference in the lives of the less fortunate.

When he was young he helped the family with the beekeeping business. He didn't get any money for helping, but he found ways to save a little money. At that time they lived five miles from the school. When his dad gave him money for the bus, he saved the money and ran to school and back.

His mother was a teacher and advanced him through his lessons to the extent that he was able to go on to high school at age eleven. Of course, at that age he was smaller than all the rest of the students who were a couple of years older. He found it hard to make friends. Books, however, proved to be good companions. He rode the train four hours a day to and from school, so he had a lot of time to read and he read voraciously,* mostly adventure books. These stories and a trip south of Auckland where he first experienced the snowy mountains whetted his appetite to learn about mountain climbing.

After a couple of years in high school he began to grow taller, adding six inches in height one year and five inches the next, until he had caught up with and surpassed many of his peers. He describes himself as having "modest abilities"; just an ordinary student, but physically he became very strong and rugged. He created goals for himself, set his sights high, and developed a strong motivation to complete any tasks he started. This probably explains why he succeeded where others had failed when it came to conquering mountains.

In 1944 he joined the New Zealand air force. When he was off on the weekends he climbed nearby mountains. He was discharged after he was burned in a boating accident and used the money he got from the air force to fund his mountaineering expeditions for the next few years.

By the time the Mt. Everest expedition became available to him he had already climbed eleven different mountain peaks which were over 20,000 feet high in New Zealand, the Alps and the Himalayas.* He joined some early expeditions to Mt. Everest in 1951 and 1952, then John Hunt invited him to join the British expedition to scale Mt. Everest which is the tallest mountain on earth, located in the Himalaya range on the border between Nepal and Tibet, China.

They started out with 14 climbers and 350 porters to carry food and supplies. They had to take everything with them. There would be nothing to eat on the mountain except the food which would be transported by the Sherpas, the native men of Nepal.

Sir Edmund would later say they were not really hungry while they were on the mountain, but they had to make themselves eat to keep up their strength. They walked 170 miles before they reached the monastery* at the foot of the mountain. They made camps at different altitudes and climbed for two months before reaching the summit of Mt. Everest. Hillary and Tenzing Norgay, a veteran Sherpa* climber from Nepal, were the only two on the expedition who made it all the way to the top; 29,028 feet above sea level, which is the tallest spot on earth. On May 29, 1953 the two men stood side by side for 15 minutes looking out over the mountain peaks, then they started their long descent. Two other men on the expedition had made it to an elevation of 28,750 feet, but were unable to go on to the top.

Hillary was an humble man. For many years he refused to acknowledge that he was the first man to reach the top of Mt. Everest. He maintained that he and Tenzing were a team and it was only after Norgay's death in 1986 that he would claim the title of being the first man to conquer Everest. He credited Tinzing with saving his life because once during the climb Hillary fell into a crevasse and his climbing partner was able to rescue him.

When they returned from the climb they were welcomed as heroes. Four days after their return Elizabeth II was crowned Queen of England. One of her first acts was to knight Edmund Hillary and John Hunt. Instead of just Edmund Hillary he became Sir Edmund Hillary. Such a distinction was uncomfortable for him at first.

Hillary felt a deep obligation* to the Sherpa people who had helped him, and he spent the rest of his life fulfilling that obligation. Quietly and without accepting any compensation for himself he raised money to help the poor people there by building hospitals, health clinics, schools, and airfields. 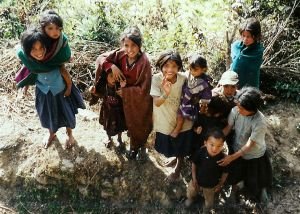 He created the Himalayan Trust in 1962 and was able to raise about $250,000 a year to fund it. He would go on three-month tours of the United States and Europe sometimes speaking as many as 100 times during a tour.

He was known to the Nepalese people as "burra sahib", or "big man" because of his 6 foot 2 inch height. In fact, he was big in more ways than just height. He had a big and generous heart. He made more than 120 trips to Nepal to help the people there. On one such trip his first wife, Louise, and their 16-year-old daughter were killed in a plane crash. In 1990 he married June Mulgrew, the widow of another adventurer, Peter Mulgrew.

Hillary believed in conservation* and in taking care of our planet. He demanded that people who climbed the mountains clean up the trash which had been left behind. Litter, food containers, and oxygen bottles had been left where people had discarded them. As a result thousands of tons of debris was removed from Mt. Everest.

Since their successful attempt to climb Mt. Everest more than 2000 people have attempted to climb the mountain. Many have succeeded and about 200 have died in the attempt. Peter Hillary, Edmund's son, has made two successful climbs up the mountain.

Other accomplishments by Sir Edmund Hillary

South Pole Exploration In 1958 he modified farm tractors and made an 80-day 1200-mile trek across Antarctica.

Search for the Abominable Snowman* In 1960 he searched for the Yeti.

Jet Boat Expedition up the Ganges River On this 1977 trip he was accompanied by his son Peter. They traveled 1500 by boat, 100 miles on foot, and climbed to an altitude of 18,000 feet. They called it From the Ocean to the Sky.

Flight to the Arctic with Neil Armstrong In 1985 he flew a twin-engine ski plane to the North Pole.

In 1995 Queen Elizabeth awarded to Sir Edmund Hillary Britain's Order of the Garter for his service and chivalry. It is a prestigious award given to only 24 knights and ladies living worldwide during any given time. He was the only non-political person outside of Britain to ever be so honored.

Sir Edmund Hillary died January 11, 2008 at the age of eighty-eight. His death is mourned by people all over the world.

His life philosophy was simple."Adventuring can be for the ordinary person with ordinary qualities, such as I regard myself", he said in a 1975 interview.

voracious
vo-'ra-shəs
Function: adjective
1 : having a huge appetite
2 : very eager as in a voracious reader

Sherpa
'shər-pə
Function: noun
a member of a people living on the high southern slopes
of the Himalayas who are known for providing support
for foreign trekkers and mountain climbers

monastery
'mahn-ə-ster-e
Function: noun
a place where a community of monks or nuns live and work

Abominable Snowman
Function: noun
a creature somewhat resembling a human being or ape
that is thought to exist in the Himalayas and is usually held to be a bear

obligation
ahb-lə-'ga-shən
Function: noun
1 : an act of making oneself responsible for doing something
2 : something one must do, a duty
3 : a feeling of being indebted for an act of kindness

conservation
kahn(t)-sər-'va-shən
Function: noun
a careful preservation and protection of something;
especially : planned management of a natural resource
to prevent exploitation, pollution, destruction, or neglect

A Man to Match His Mountain
By Don George

Filters for Families
arsenic in the water of Nepalese families

At biography.com search for Explorers Reach Top of Everest.
Scroll the panel for the "Video & Audio Results".