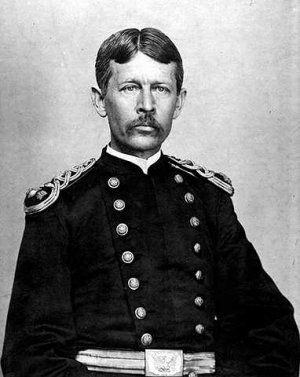 Walter Reed, an American medical doctor had received his medical degree by the time he was 18 years old. He married Emilie Lawrence and they had two children, a son and a daughter. They also adopted an Indian girl.

Walter was a very young doctor. He thought he might have more opportunities for advancement if he joined the military, so he joined the Army and became a captain. For 16 years he served in an outpost* far away from other doctors. At one time he was looking after several hundred Indians. He wanted to be able to study and learn more about medicine, so he asked for a four month leave. He learned so well they allowed him to study for seven months at Johns Hopkins Hospital.

He continued to study and do experiments at the Army outpost. He and some other doctors studied typhoid fever.* The disease was rampant in the army camps. Many times people were carriers of the disease without having the symptoms themselves. They would be among the other soldiers carrying the disease and then those soldiers would become sick and die. Sanitary conditions were poor. People would not wash their hands before eating and then would become ill. Reed and the other doctors could recommend better sanitary conditions, but they couldn't order them. Flies would also transfer the disease from human waste to food.

Yellow fever* was a dreaded disease. 90,000 people in the United States had died of the disease. Thousands of American soldiers in Cuba had died also. Reed observed that people who cared for the patients with yellow fever didn't usually get the disease. His conclusion : people didn't catch it from each other.

Reed began looking for answers. He remembered the research they had done on typhoid fever. He wondered if maybe mosquitoes might be spreading it. Some of the doctors and soldiers volunteered to take part in the experiment.

The mosquitoes were put in test tubes. First they bit the arms of men who already had yellow fever. Then they were allowed to bite the arms of people who didn't have the disease. After many tests, they decided the mosquito did carry the disease from one person to another. 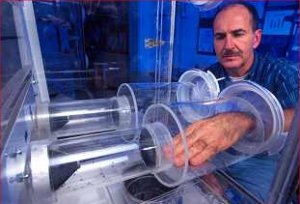 The next step was to get rid of the mosquitoes. They sprayed the areas of water where the mosquitoes were hatching, with chemicals. This stopped the spread of the disease.

Reed's success with stopping the spread of yellow fever made it possible for the building of the Panama Canal where previously the mosquitoes had caused so much death due to the disease.

The Walter Reed Army Medical Center in Washington D.C. is named in honor of him.

Other Activities
View a slideshow about Walter Reed

outpost
Pronunciation: 'aut-"pOst
Function: noun
.... : a settlement on a frontier or in a faraway place

typhoid fever
Function: noun
: a disease that is caused by a bacteria, is characterized especially by fever, diarrhea, weakness, headache, and an inflamed intestine, and is passed from one person to another in dirty food or water

yellow fever
Function: noun
: a destructive infectious disease of warm regions marked by yellowness of the skin, intestinal bleeding, and vomiting and caused by a virus transmitted by a mosquito -- called also yellow jack

Walter Reed
from the University of Virginia

Yellow Fever and the Reed Commission

An American plague: the true and terrifying story of the yellow fever
By Jim Murphy (selected pages)