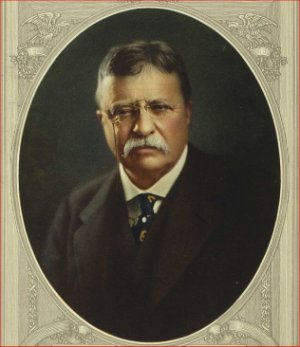 Theodore Roosevelt was small and weak when he was a boy. His eyesight was bad, and he suffered from asthma.* (AZ muh) With the help of his father, he was able to overcome his weakness. He lifted weights and practiced gymnastics every day. He also rode horseback, swam, hiked, and studied wrestling, boxing and judo.

The hard work paid off. He overcame his asthma and became well and strong. During the time when he was ill, he had to spend a lot of time in bed. He loved to read, and continued to love reading all his life.

Roosevelt liked a challenge. He left his home in New York and went to North Dakota to become a rancher. He read everything he could about ranching, and hired people who could teach him about cattle.

He didn't let anything stand in the way of duty. Once when he was running for president, someone shot him in the chest. He insisted on giving his speech before he had his wound treated. He said, "I have a message to deliver, and I will deliver it as long as there is life in my body."

He only slept 4 or 5 hours a night. He would sit up and read or work while his family slept.

He was a military man. His motto was, "Speak softly and carry a big stick."

Once in a battle in the Spanish-American war, he led
his cavalry soldiers* (called Rough Riders) straight up San Juan Hill, even though he feared that he or his soldiers might be wounded. 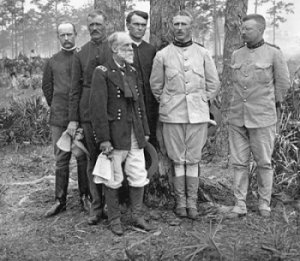 The Rough Riders, Tampa Florida
Teddy Roosevelt on the right

He was also very concerned about America's natural resources; the land, forests, and rivers. He agreed to protect 150 million acres of wilderness land. 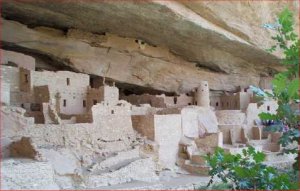 During cattle drives, he worked right along beside the cowboys.

He went into politics because he decided he needed to serve the public. He was honest, and expected others to be honest, also.

He served as the 26th president of the United States from 1901 to 1909. He helped to bring about the construction of the Panama Canal.

When he was young, he promised himself he would live his life "to the hilt"* until he was 60. And that is just what he did.

Other Activities
View a slideshow about Theodore Roosevelt

asthma
Pronunciation: 'az-mə
Function: noun
a condition that is marked by difficulty in breathing with
wheezing, a feeling of tightness in the chest, and coughing ...

hilt
Pronunciation: 'hilt
Function: noun
: a handle especially of a sword or dagger
- to the hilt : COMPLETELY...

Ride With Theodore Roosevelt
put yourself in the story

Medora (audio) and
Roosevelt, Remington, and the West (audio)
Engines of Our Ingenuity.

McKinley and Roosevelt
video lesson
(Click on the topics "Interactive Media Files",
be sure volume is turned up.)

At biography.com search for Theodore Roosevelt.
Scroll the panel for the "Video & Audio Results".