Tony*, an eight year old second grader, was a frail child who was absent many days due to illness. He had missed nearly all his first year of school due to major surgery. Tony's motor control was very poor.

As a second grader, his fine motor control was comparable to that of a four or five year old child. We also used newsprint with him for handwriting and for math. On the expanse of paper he could make large strokes with pencil or crayon and before the year was over, he could print quite acceptabley in the smaller spaces in his workbooks.

To help Tony learn the primer and first grade Dolch words, we used a series of cards we made using pictures from workbooks. Set One contained cards with the word only on one side of the card and a picture (when we could find one that was appropriate) with the word written under it on the other side. (Figure 1)

Article by Patsy (Smith) Stevens About the Author 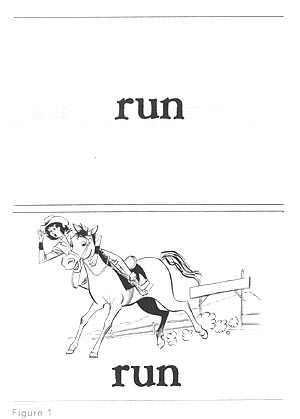 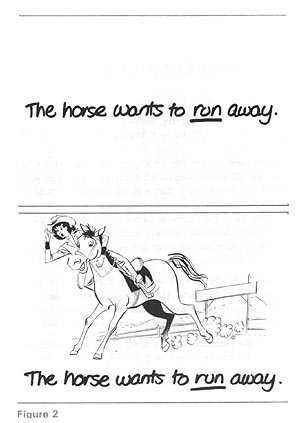 These cards were very helpful to Tony. After we studied them in the resource room, he then took them to his classroom to study them independently or with a classmate. He had from 10 to 20 cards at all times.

*The student's name has been changed.