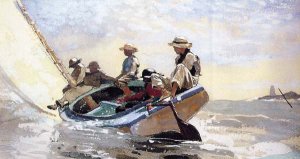 Winslow Homer (WINZ lo HOME er) was born in Boston in 1836, the son of a hardware merchant. His mother was an artist and encouraged young Winslow in learning to draw. In 1855 he was apprenticed as a lithographer. At age 19 he was illustrating sheet music covers and then when he was 21, he started working as an illustrator for a new magazine, Harper's Weekly. During the Civil War he worked as a pictorial reporter or illustrator for the magazine.

He went to the war front and painted war scenes. Homer did the cooking and the washing while he was staying with the soldiers. 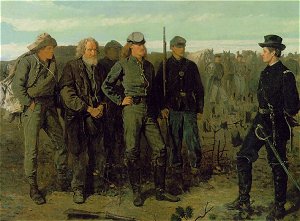 Prisoners From the Front (detail)
Enlarge 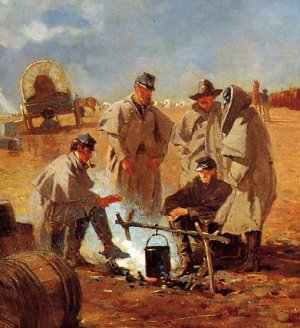 In Home Sweet Home we see the soldiers in the camp. The band in the background is supposedly playing the song "Home Sweet Home". The soldiers are wearing brown boots which they were supposed to polish black, but they were usually too busy.

After the war he went to Paris and studied for a few months. His greatest talent was in using watercolors. He became one of the best watercolorists ever.

He spent time on the coast of England and also in the state of Maine. Many of his paintings such as the featured painting in this lesson Sailing the Catboat reflect the knowledge he gained of the sea and life on the coast. 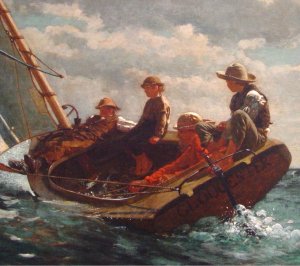 Compare Sailing the Catboat and Breezing Up. They are very similar. How are they alike and how are they different?

The man in the painting The Gulf Stream is in a perilous situation. What are the dangers he is facing? Is there a chance for his rescue? 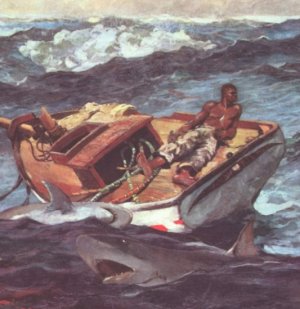 Summer Night by contrast is a tranquil scene. In his earlier seascapes he put people in the picture. Later he painted scenes that featured only the land and sea. 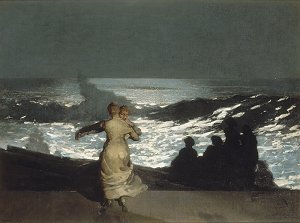 He enjoyed painting pictures of children. In his painting Snap the Whip, he shows what life was like in 1872. In this painting, the children are taking a break from their classes in the "little red schoolhouse". The green of the hills and grass make up the largest portion of the painting. Notice how the red color of the schoolhouse stands out, and how your eye is drawn to the white shirts on three of the boys. None of the boys are wearing shoes. 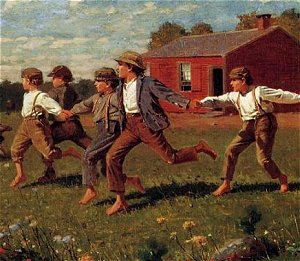 Homer would do studies in pencil before he painted a picture. Sometimes he worked with oil paints and sometimes with watercolor. His watercolor pictures provided a very good income for him. Homer liked to be by himself and he never married. For the last 27 years of his life he lived in a remote part of Maine away from people. 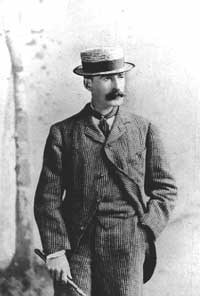 Other Activities
View a slideshow about Winslow Homer

National Gallery of Art
look in rooms 1 and 2

Winslow Homer and the Sea
by Carl Little (selected pages)